Some Memories Never Die: An Evening of Words and Music 2021
Tickets are on sale now 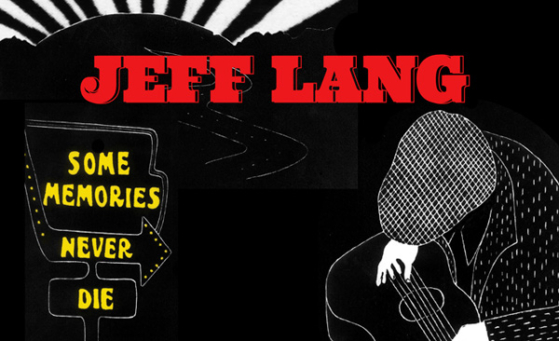 Tickets on sale now at jefflang.com.au/shows.

This is Jeff Lang’s guide to the often hilarious life of a jobbing musician. He lived these tales so you can laugh in comfort.” – Don Walker

“Jeff’s passion surges like an ocean, his humour glides through the torrent like a catamaran: Manned by a grinning feline. Please catch a ride.” – Tim Rogers

Jeff Lang has built a reputation for making startling and influential music that is accomplished, intricate, gutsy, melodic and loaded with soul. Often taking unexpected turns, he has consistently inspired his audiences by creating a stylistically diverse catalogue of over 30 albums.

But with every well-credentialed artistic soul, evolving and diving into the unknown is a step that is never too far away and so in 2019 Jeff sat down and began to write what would become his first book.

Some Memories Never Die, a memoir of three decades on the road, memories of gigs where the pay was akin to blood money, reflections on how the road’s twists and turns can be lightened by the presence of fellow traveller’s and occasionally darkened by them too, comes bundled with a 22 track album of Jeff Lang classics explicitly re-recorded for the book’s release.

And to celebrate the book’s release, Jeff will hit the highway for the An Evening of Words and Music tour commencing March 12 with each show combining music, a Q&A and an ‘in-conversation’.  In selected locations, early ticket buyers will have the chance to register for a free workshop that Jeff will be hosting for limited numbers, where he will discuss his songcraft, his influences, guitar techniques and a glimpse into the wizardry behind his sonic palette. Participating shows are marked with an * HERE

The book itself can be experienced in a few ways.

For the traditionalist, the book in its physical form can be purchased by visiting HERE.

For those who want to read it as an eBook, it’s available HERE.

And then there’s the Audiobook version. Read mostly by myself with a few special guest cameos and each chapter scored especially for the Audiobook listener, it’s a different way to experience Some Memories Never Die, and as with the book I put a lot into it so it will hopefully reward you should you choose to go with that option. It’s available HERE.

In an arrangement just finalised, Booktopia, Australia’s leading online bookstore, have realised the potential of Jeff’s book and entered into an arrangement to be the sole distributor to book shops around the country. So find it online, at gigs and your favourite book shop. If they don’t have it, ask them to order it in.

“For Some Memories Never Die I wanted to connect recollections from the life I’ve lived to some of the songs I’ve made up along the way. I wasn’t looking to write a linear autobiography, with my life’s journey laid out in order of occurrence. More a series of stand-alone vignettes was what I had in mind. I wasn’t sure exactly how a good many of these tales could be connected to the songs I intended to include, as I don’t generally write autobiographical songs. But as I wrote down the varied reminiscences, certain stories seemed to go together and themes became apparent to me. Gradually it all seemed to find it’s form, and Some Memories Never Die is the end result.”

Jeff Lang’s unique musical vision easily finds a home in myriad settings; from huge festivals like Glastonbury and Fuji Rock in Japan, to world renowned venues such as Sydney Opera House, but he’s equally at home in intimate venues such as the The Ark in Ann Arbour, Michigan and the 12 Bar in London. Most importantly, Jeff Lang has achieved what is a rarity in the cluttered world of contemporary sounds: his own voice.

Tickets on sale now at jefflang.com.au/shows.

Available on CD from the ABC Music Store.

Jeff has released over 25 albums and singles